A fully illustrated book for all Paneristi

A fully illustrated book for all Paneristi

To many faithful Paneristi, the appreciation of Panerai can be extended far more than a watch. In fact, the prestigious brand from Florence, Italy, existed more than 150 years contributed to endless pages of stories and folklores. The history of Panerai, however, is now condensed into one single set of books.

Under one set, “Panerai Watches From 1936 to 1997” and “Panerai in Florence: 150 Years of History” has it all –Stories of Officine Panerai from early days to modern era, all classics Panerai watches are presented in great details to readers in fully illustrated by rare photos and documents. 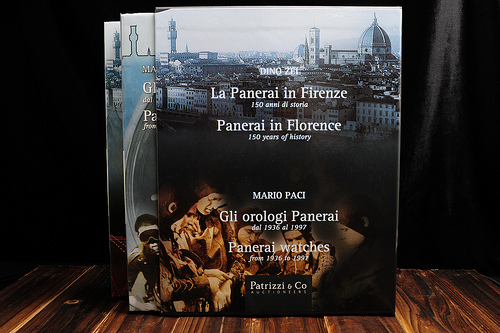 Mario Paci and Dino Zei, respectively authors of “Panerai Watches From 1936 to 1997” and “Panerai in Florence: 150 Years of History”, are the masterminds of Officine Panerai in modern era. In this book, Mr Paci, formerly the Quality Assurance Department manager before the Vendome merger, went through the classics one by one, unveiling prototype in rare photos and diagrams. Mr Zei, the last President in the Pre-V era, wrote in full details how Panerai the company worked closely with the Italian navy in developing combat gear, most notably submersible watches for divers. In the president ‘s point of view, Mr Zei used documents and photos to give his own account on Officine Panerai’s defining moments. 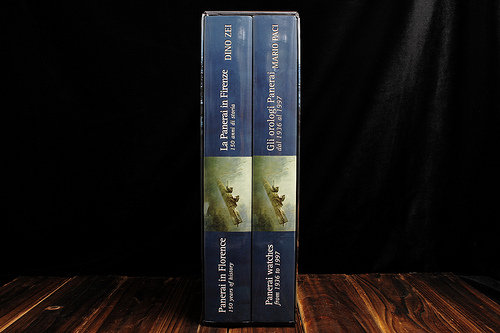 Written bilingually in English and Italian, the book set contains more than 780 pages sold in limited edition of 1,500. All copies are individually numbered.

This book set is available in 9Maiali’s online shop here.